It is cosy in front of the fire. Jossan is enjoying the warmth lying between Electra and Leroy ❤

She still has appetite and a strong will to live. It is cold outside and she cannot go out,  but the fireplace in the evenings and sun in the windows during our short days are very popular in our cat pride. 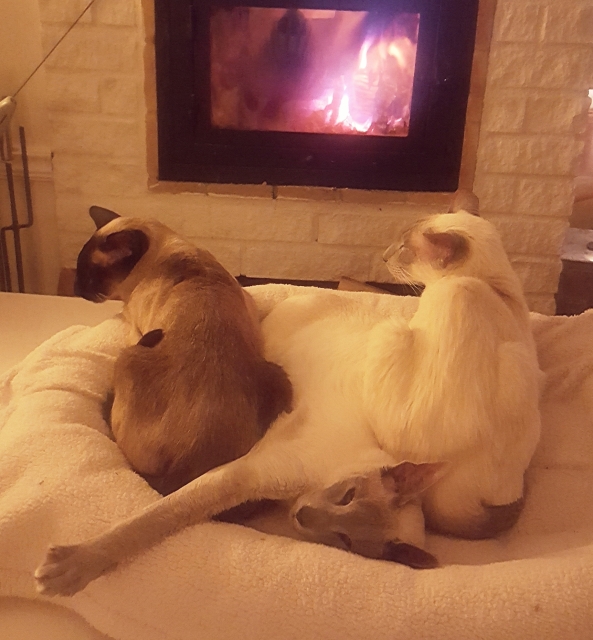 It is getting cold in Stockholm and we lighted a fire for the first time this autumn last week. Albert never saw a fire before and he was completely hypnotized by the view. And – the warmth! The sounds!

Later when the fireplace cooled down he jumped over the protection and put his head into the chimney. He looks like panda now. I managed to clean his body, but not around the eyes.

But this is how it looked when there was fire! 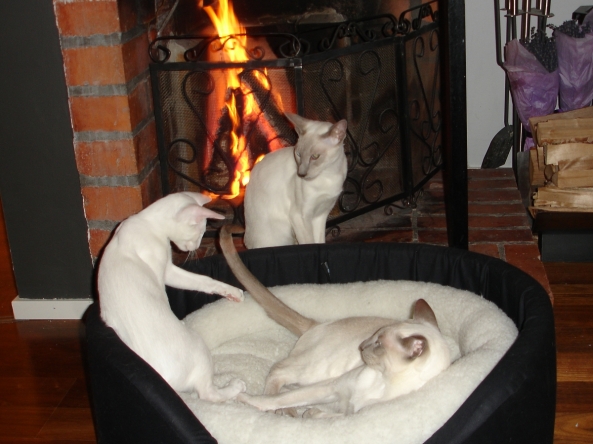 Last week we tested Leroy’s blood values, urea and creatinine, and everything was fine. We checked him once earlier, before he was paired with Hannah. We also tested Josssan before she was paired. I thought to test the cats every few years, because one can detect problems with kidneys well before the symptoms show. If the issues are detected early, a change in cat’s diet can prevent illness and a possible kidney failure. Siamese are not more predisposed to urinary tract diseases than the other cat races are, but I feel that if there is something one can do so that they can live long and healthy lives, I want to do it. And that includes occasional tests. 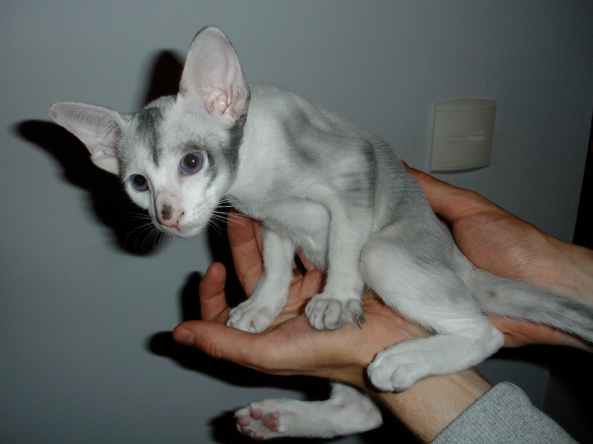 Ooooh, Albert, it took us half an hour to clean you.